Nicholas Donarski, Founder Growing up, Nicholas Donarski manifested a gamer’s obsession with completionism, and this trait defined him throughout his life. Unlike an average Joe who goes corporate and never looks back, Donarski reached the pinnacle of success in the world of cybersecurity, standing steadily by his promise of protecting critical IT assets from malicious actors.

However, his pursuit of happiness and success began the day he left behind a promising career to relive his childhood again. He wanted to dive deep into the highly stimulating world of gaming, putting himself in the shoes of numerous characters to embark on an epic adventure. But this time, rather than just playing games, he went the extra mile to create a world of his own, one in which he tells the story of an anti-hero called Sasha, a war veteran. On ideating the plot and defining the characters for this multi-player combat game, he wanted to integrate certain visually appealing in-game assets such as armors from popular combat games.

In his initial assessments, Donarski realized that this was possible only by integrating Non-Fungible Tokens (NFTs) into the game. However, he knew that enabling direct NFT integration has always been a tough grind for developers, given the lack of off-the-shelf options. In addition, anything built on the classic Ethereum network was highly expensive and had multiple currency requirements, directly impacting the overall gaming experience.

Frustrated with the existing system, Donarski built a team of developers to challenge the status quo by establishing the ORE System, an integration engine for blockchain gaming. “Built by gamers for gamers, we bring white collar technology to the blue collar world,” says Donarski. This innovative model provides a complete ecosystem for the gamer, content creator and game developer and brings the gaming community together through the concept of NFT-blockchain integration.

With the rise of blockchain and NFTs in gaming, Donarski and his team at ORE are creating an entirely new model centered on true asset ownership. ORE System allows gamers to tokenize their in-game assets and convert them into an NFT. For instance, if a player upgrades his armor through an in-game purchase, they can now tokenize the armor and convert it into an NFT. This unique asset is tradable and transferable, and it confers benefits across interconnected games.

To give a better understanding of the challenges in the gaming industry and the benefits of NFT-blockchain integration, Donarski draws an analogy between video games and movie production houses. Game developers are akin to producers of a movie house. They take years to develop and improve a game before releasing the final product, which allows them to finally see a financial return for their work. However, in-game microtransactions and functionalities of downloadable content are turning the old revenue model upside down.
As a result, microtransactions have become a new norm within the gaming industry alongside the rise and growing popularity of e-sports. In essence, these technologies allow players to purchase in-game content or items for a monetary fee.

ORE System puts an end to this old model by providing gamers true ownership of the content they purchased. This new and innovative model enables gamers to tokenize their content and convert them into NFTs. Consequently, gamers will never again feel they are simply burning through cash to buy in-game content, as they can resell the content on secondary markets for personal profit. “By integrating blockchain with NFTs, we are transforming the world of video games,” says Donarski. “Our technology grants gamers ownership of their purchases and allows them to move their assets across various platforms. In a way, we are giving them the power to decide whether a game is absolutely worth their time and money.” This way, the company revolutionizes the concept of purchasing, owning, and even selling gaming content, fuelling the growth of a new digital economy, one in which gamers decide the future of gaming.

A Complete Ecosystem for Next Generation Gaming

The core of the ORE System is ORE SDK—a complete code package for Blockchain game developers. The SDK allows developers to integrate NFTs and cryptocurrencies into their game quickly, efficiently, and economically. Any developer can now integrate the ORE Token as an in-game currency utilizing the company’s development kit. ORE SDK supports most platforms, including Windows, Linux, Mac, Mobile, or Console. The development kit also provides a low-level codebase to support blockchain in their application.

“Built by gamers for gamers, we bring white collar technology to the blue collar world”

The ORE System renders game developers the ability to create their in-game NFT items with a few simple clicks through ORE Forge NFT marketplace—a Binance smart chain NFT marketplace that serves as the hub of the ORE System user’s buying, selling, and trading of NFTs and in-game items. Gamers can leverage this NFT marketplace for auctioning, selling, or buying their game collectibles while continuing to build support for each developer. Content creators can leverage the marketplace to generate content and allow developers to license and purchase them, providing a complete ecosystem for next-generation gaming. More importantly, this provides an opportunity for content creators to define the royalties that work the best for them.

In addition, the company has created the ORE Stealth Client, a flagship application that provides content to global users. It is a single platform for Windows, Linux, and Mac and leverages AWS technology. This partnership with AWS enables the company to provide a globally distributed and fault-tolerant architecture, ensuring seamless services availability.


From ORE SDK integrated games to Ethereum based gaming and much more, ORE Stealth Client provides gamers access to all of them. More importantly, ORE System performs active security testing to ensure that games and projects maintain the highest quality.

Freedom of Ownership is the True Freedom

The gaming community is certainly taking an interest in the innovative ORE System, and players look at it with great excitement. The freedom to own the content and earn from the content will likely force production houses to keep up with the times, in the wake of true asset ownership.

Moving ahead, the company plans to apply its technology in the movie industry— especially live streaming—to help producers generate a new revenue stream. They expect that the technology can be widely integrated with almost all streaming services including, movies, music, and other content. This way, even a new producer can leverage the same royalty system to generate income, and the end-users enjoy the freedom to decide what content is worthwhile as they can buy and keep the NFT associated with a particular content.

ORE System is planning to update its architecture next year by partnering with AWS, which is a gigantic leap from being a startup to becoming an enterprise. In the new year, the company will organize an ORE developers conference to support the community and provide sponsorship for community projects.

Our technology grants gamers ownership of their purchases and allows them to move their assets across various platforms. In a way, we are giving them the power to decide whether a game is absolutely worth their time and money

Although Donarski is busy building a company and a community from the ground up, he hasn’t forgotten to complete the multi-player combat game. The game, now named Osiris Protocol, will reach the community by the beginning of this year. In addition to Sasha, the game features several characters such as grinders, outworlders, rebels, and more. In a world of technological singularity, powerful genetics, nanotech, and robotics, these characters and locations create mesmerizing visual effects and provide a breathtaking gaming experience. Osiris Protocol will release as a 3D multi-player online FPS that integrates NFT content and the ORE Tokens for in-game purchases. “As such, the game along with the ORE System is all set to accomplish their mission by delivering a spectacular experience to the gaming community," concludes Donarski. 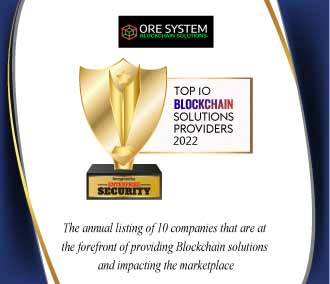 Description
The ORE System is an integration engine for blockchain gaming. The company’s innovative model provides a complete ecosystem for the gamer, content creator, and game developer and brings the gaming community together by introducing the concept of NFT-blockchain integration. With the rise of blockchain and NFTs in gaming, Donarski and his team at ORE are creating an entirely new model centered around true asset ownership. ORE System provides gamers with the ability to tokenize their in-game assets and convert them into an NFT. For instance, if a player upgrades his armor through an in-game purchase, they can now tokenize the armor and convert it into an NFT. 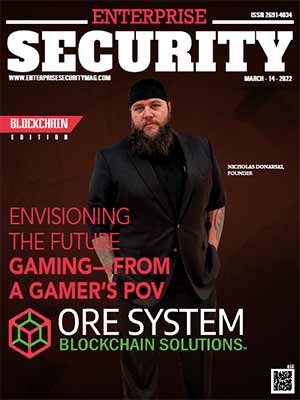